First half of 2020 severely impacted by COVID-19 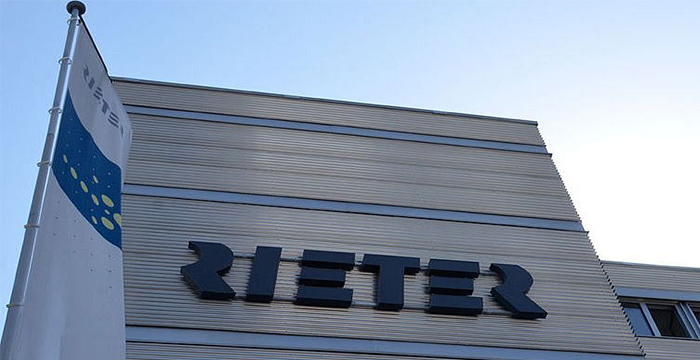 The COVID-19 pandemic led to a market situation where demand for the goods and services of all three business groups decreased significantly. The Business Group Machines & Systems is affected by the deferral by customers of investments and scheduled deliveries. At the same time, the demand for wear & tear and spare parts declined sharply, due to the suspension of production in many spinning mills around the world. This is reflected in the low order intake and sales of the Business Groups Components and After Sales. Hence, this exceptional market situation gave rise to losses in all three business groups in the first half of 2020.

Sales amounted to CHF 254.9 million (first half year 2019: CHF 416.1 million), which represents a decline of 39% compared to the previous year period. At Machines & Systems, sales decreased by 46%. This was due to the low order intake in the first three quarters of the previous year and deferred deliveries. Sales fell by 29% at Components and by 34% at After Sales.

The cost cutting measures already implemented contributed among other things to a reduction in Selling, General and Administrative (SG&A) expenses of around CHF 10 million. Nevertheless, due to the lower volume, Rieter recorded a loss of CHF -55.0 million (before restructuring charges: CHF -46.9 million) at the EBIT level and a loss of CHF 54.4 million at the net profit level. Due to the buildup of inventories for deliveries in the second half of the year and the loss already mentioned, free cash flow was CHF -95.4 million.

As of June 30, 2020, Rieter had net liquidity of CHF 36.0 million, liquid funds of CHF 253.5 million and undrawn credit lines in the mid three-digit million range.

With the exception of Turkey, sales in all regions were marked by the COVID-19 pandemic. In India, sales declined to CHF 17.7 million due to the lockdown, a fall of 73% compared to the first half of 2019. In the Asian countries, China and North and South America, sales decreased by between 44% and 49% compared to the first half of 2019. In Africa, sales declined by 20%. Europe was slightly above the prior year level. With sales of CHF 51.1 million in the first half of 2020, Turkey showed a significant improvement on the previous year’s very low level (first half year 2019: CHF 24.5 million). This upswing was also associated with the innovations that Rieter presented at ITMA in Barcelona in June 2019.

Implementation of COVID Crisis Management and Restructuring According to Plan

Rieter has implemented comprehensive COVID crisis management. Priority is being given to protecting employees, fulfilling customer commitments and ensuring liquidity. The necessary measures to protect employees have been implemented worldwide and the order backlog is being processed largely as planned.

In January 2020, Rieter reported on structural changes in Switzerland, Germany, the Czech Republic and the Netherlands, which are being implemented as planned. Rieter has introduced 40% short-time working in Switzerland and Germany for the third quarter of 2020. Similar measures will be implemented worldwide within the scope of the available legal options.

The decision regarding whether to apply for an extension of short-time working for the fourth quarter of 2020 will be made in September 2020.

Stronger Second Half of 2020 Expected

Rieter noted signs of a market recovery in June 2020. Rieter monitors capacity utilization at more than 600 spinning mills around the world. At the beginning of April 2020, the proportion of producing spinning mills was around 40%. By the end of June 2020, this proportion had improved to around 80%.

Based on the order backlog of approximately CHF 490 million, an improved cost base and the signs of market recovery mentioned above, Rieter expects a stronger second half of 2020 compared to the first half of the year in terms of sales and profitability.

Rieter refrains from providing specific information for the full year 2020 due to the ongoing uncertainty and the still low level of visibility.

Continuous Implementation of the Strategy

In recent years, Rieter has consistently implemented the strategy based on the cornerstones of innovation leadership, strengthening the components, spare parts and services businesses, and adjusting cost structures. The company will forge ahead with the strategy in the coming months, with a view to strengthening its market position for the time after the COVID-19 pandemic.

Rieter received the building permit for the CAMPUS project in June 2020. The com-pany plans to build a new Customer and Technology Center and an administration building on an area of 30 000 m2 at the current site in Winterthur − the Rieter CAMPUS. The project is a key element of Rieter’s innovation strategy. Depending on the market situation, construction work will begin in the first half year of 2021.

Change in the Group Executive Committee

Carsten Liske, Head of the Business Group Machines & Systems and member of the Group Executive Committee since 2015, is to leave the Group Executive Committee in July 2021 to pursue a career opportunity outside the Rieter Group. The Board of Directors wishes to express its gratitude to Carsten Liske in advance for his many years of valuable service and his major contribution to the further development of Rieter. Details about succession arrangements shall be provided in due course.

Telephone Conference for Media and Investors

The Semi-Annual Report 2020, media release as well as media- and investor presentation can be found at: https://www.rieter.com/media/media-kit/

Rieter is the world’s leading supplier of systems for short-staple fiber spinning. Based in Winterthur (Switzerland), the company develops and manufactures machinery, systems and components used to convert natural and manmade fibers and their blends into yarns. Rieter is the only supplier worldwide to cover both spinning preparation processes and all four end spinning processes currently established on the market. Furthermore, Rieter is a leader in the field of precision winding machines. With 16 manufacturing locations in ten countries, the company employs a global workforce of some 4 570, about 21% of whom are based in Switzerland. Rieter is listed on the SIX Swiss Exchange under ticker symbol RIEN. www.rieter.com