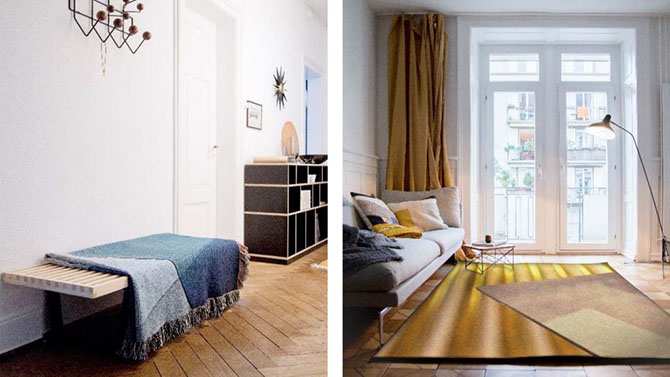 Four European design academies have been announced as the winners of the ‘New & Next University Contest’ ahead of Heimtextil. The successful academies come from the UK, Switzerland, Slovakia and Hungary. In recognition of their excellent achievements, they will be given a trade fair stand at Heimtextil (8-11 January 2019) where they will present their design works to an international audience.

With the ‘New & Next University Contest’ for budding textile designers, which is taking place for the first time, Messe Frankfurt is promoting the next generation and putting outstanding higher education institutions in the spotlight of the international trade fair. An expert jury initially chose the best student works out of 21 submissions in the field of textile design. The four universities who showed the strongest overall performance were then identified. The following academies were declared the winners of the competition: Leeds Arts University from the UK, Hochschule Luzern Design & Kunst from Switzerland, Academy of Fine Arts and Design from Slovakia and Moholy-Nagy University of Art and Design from Hungary.

As a reward for their outstanding work, the universities and their students can look forward to the prize of a stand at the upcoming Heimtextil. The academies will present their student designs as part of the product segment ‘Textile Design’ in hall 3.0. ‘We’re expecting first-rate work that will attract great interest from industry representatives’, predicts Sabine Scharrer, Director of Heimtextil at Messe Frankfurt. ‘With this, the four university presentations will be a fantastic addition to the “Textile Design” product segment, which is the world’s biggest platform of its kind with around 250 studios’.

‘Light Shadows’ by Kim Hoang Pham from the Hochschule Luzern Design & Kunst is one of the winning designs of the Heimtextil ‘New & Next University Contest’.

New dates and new event cycle for Techtextil and…

ITMA ASIA + CITME gears up for strong showcase in…

“Nothing New, Everything New”: Heimtextil presents…

The jury comprised representatives from industry as well as associations and universities. Jury members included Hervé Francois from Mitwill Textiles Europe in France, Diane Harrison from the UK-based design studio of the same name, Lutz Walter from the European general association EURATEX and Prof. Tina Moor from the Hochschule Luzern Design & Kunst.

‘New & Next’: start-ups showcase young design
‘New & Next’ has been synonymous with the promotion of newcomers at Heimtextil for many years now. Under this title, Heimtextil presents young labels that are being represented at Heimtextil for the first time. Around 30 newcomers with fresh design ideas are expected to attend in January. In the ‘Textile Design’ product segment in hall 3.0 in particular, young studios inspire with exciting designs. ‘New & Next’ participants will also be offering creative design products for bathrooms, beds and tables in halls 8.0, 9.0 and 12.

New dates and new event cycle for Techtextil and Texprocess

“Nothing New, Everything New”: Heimtextil presents the 2021/2022 trends